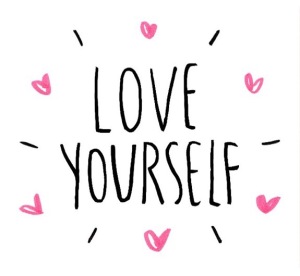 Unless you’re a newcomer to my blog, you’ll have noticed that my posts largely revolve around body positivity. Being a body positive activist is quite a feat to undertake – it means putting your own body out there to be seen, to be potentially criticised, whilst trying to practice what you preach. You have to be seen to not just speak words of body love, but show that you love your body too. As a plus size woman, I get my fair share of stick for doing so, and unless you’ve been living on Mars you’ll have seen Tess Holliday hitting the headlines too, but unfairly, it seems that she’s coming under attack for doing what she does as a plus size model. People are jumping to the conclusion that Tess and other plus size, body positive warriors are ‘glorifying and normalising obesity’ – bollocks, I say. And here’s why…

Young women are plagued with the media’s body ideology everyday. We are told that our hair isn’t sleek enough, our bodies are too curvy or not curvy enough, that big boobs are best, that small boobs are, that it’s better to be tall, or shorter, that more make up is better, that less is more – Jesus Christ it’s a wonder that more women don’t have breakdowns when they’re confronted with this plethora of ‘feminine rules’ to keep up with. When I was growing up, I struggled with my body image (struggled doesn’t even cover it if I’m honest) and what made it worse, was the lack of positive representation of plus size models out there. Tess, and other curvy bopo activists are not glorifying obesity, they are simply putting their bodies out there for young women to relate to in a positive manner. If women see another woman be happy in their own skin, they might feel supported instead of belittled, encouraged instead of verbally battered down, they might find the strength to be happy in their skin too. And in this current, dangerous, body image obsessed society that we live in – that might just save a life.

2) Fashion.
Young, fat women are told that they can’t be fashionable – that unless they cover their wobbly bits, their cellulite and their arms with baggy, oversized clothes, they will not be accepted, but ridiculed.

In practicing what we preach, body positive activists and those within the fashion world, such as Tess, show that fat women can wear whatever the hell they want without fear, without worry and without shame. After all, why should fat women hide their arms, their legs and suffer in the heat for the sake of worrying about offending someone?

3) Fat as a feminist issue.
People assume that fat women cannot be attractive to others, and therefore cannot be happy in their own skin. Ha! Fat is a feminist issue – people jump to the conclusion that a woman’s worth as ‘female’ is defined by how sexualised she appears to men, not so. This not only suggests that fat positive activists cannot be happy if they’re not found attractive, but that if they are found attractive then it is as a result of some kind of fetish. Body positive activist are not glorifying obesity in any context, least of all for the sexual gratification of men – this narrow minded approach to fatness makes redundant the experiences of different sexualities and the relationships that a woman has with her body.

For so long, there has not been a positive light on loving your body. Fat positive, body positive activists are not glorifying obesity, they are not normalising it, it is about finding a space that feels safe from the criticism that fat women have received for countless years, a space where women can wear what they want and love their bodies publicly. All bodies are good bodies, and the sooner that society realises that everyone is worthy of body love, the better.

3 thoughts on “Body Positivity is Not Glorifying Obesity…”