When I was about 14, I remember walking home with some friends. We’d been to the chip shop and were all eating chips straight out of the paper they came in – a car drove past us. Once, twice, but on the third time of driving past and sussing us out, the group of lads inside decided to wind down their windows. “Eat up fatty!” They shouted, not directing their demeaning comments at anyone but me.

When I was about 16, a friend of mine was having a sleepover. At some point in the evening, we decided to venture out to a corner shop no more than a ten minute walk away. As we were walking I became aware of a group of three people, two girls and a boy, walking behind us – it was only when they began treading on the backs of my heels and shoving me that I realised they weren’t out for an evening stroll. They pushed me, called me more names that I can remember, pulled my hair. Eventually, after being followed to the corner shop and home again and after a lot more abuse (physical and mental), my friends and I arrived back safely – or so we thought. Minutes later, the group of people who had been following us were bursting through the front door of my friends house and began trashing the living room and attacking people. No-one was majorly hurt and little damage had been done to the property, but it had shaken all of us up nonetheless.

Now what caused these bullies to attack us all in these ways? There were more instances similar to this throughout my childhood and early adult life, but there was a consistent element to these that I couldn’t ignore any longer. The experiences that I had at the hands of mindless and ignorant bullies were bred out of direct hatred for the size of my body. And, as you can imagine, they were highly detrimental to my self-esteem.

Growing up, there was little to no representation of my body shape or size in mainstream media. I was led to believe that I was a social anomaly, that I would be forever in debt to society for not fitting in to the body image ideals that they presented. As I got older, and as I found my feet within the body positive community, I realised that a positive relationship between my mind and my body was possible, and I didn’t have to do what society expected to find that inner peace.

Which is why I was thrilled when the phenomenal Leyah Shanks contacted me and asked if I’d be an ambassador for her life-changing Body Confidence Revolution. The experiences I had when I was younger made me sick to the stomach with anxiety and low self-confidence – but now, the way that body types outside of the realms of acceptance are treated makes me sick to the stomach for different reasons. I am frustrated that men and women aren’t able to live in the skin that they call home, free from judgement. I am pissed off that a fat person can’t love their body honestly without being told that they are going to die or that they are glorifying obesity. I am appalled when someone suffering with an eating disorder is told that they look disgusting, that they need to put weight on. I find it unbelievable that strangers think that they have a right to comment on the way that someone should exist in their body, or, indeed, how they should feel about their bodies.

I am honoured to be an ambassador for The Body Confidence Revolution because I want to make a change. I don’t want another generation of young men and women to live confined by their bodies because society says so. I want to encourage a positive appetite for bodily love, dished up by the person who exists in that body.The 21st century has proven itself to be somewhat progressive where body image ideals are concerned, but we aren’t there yet. But as long as there are movements such as The Body Confidence Revolution around, I will always have a fire in my belly that will not be put out as long as body shaming and ignorance exists.

To find out more about The Body Confidence Revolution please use the links below:

Check out the Instagram tag #TBCR for a whole lotta Body Confidence Revolution love and positivity! 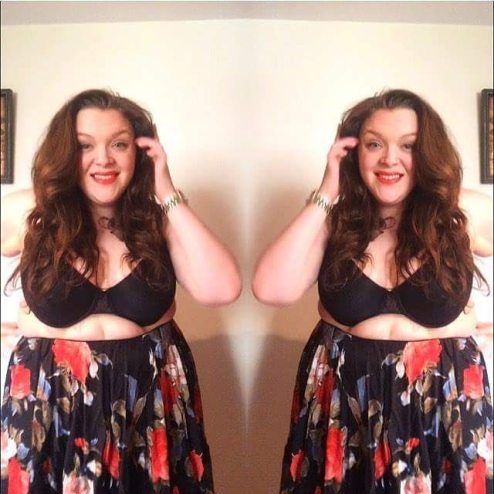